Electric bacteria will show the way to soil contamination

In a new collaborative project called BIOMAP, researchers, the business community and government agencies and institutions will utilize electrical signals from soil bacteria to map soil-contaminated sites in Denmark. The Innovation Fund Denmark has invested nearly 12 million DKK in the project, which is intended to make mapping of soil contamination quicker, cheaper and kinder to the environment. 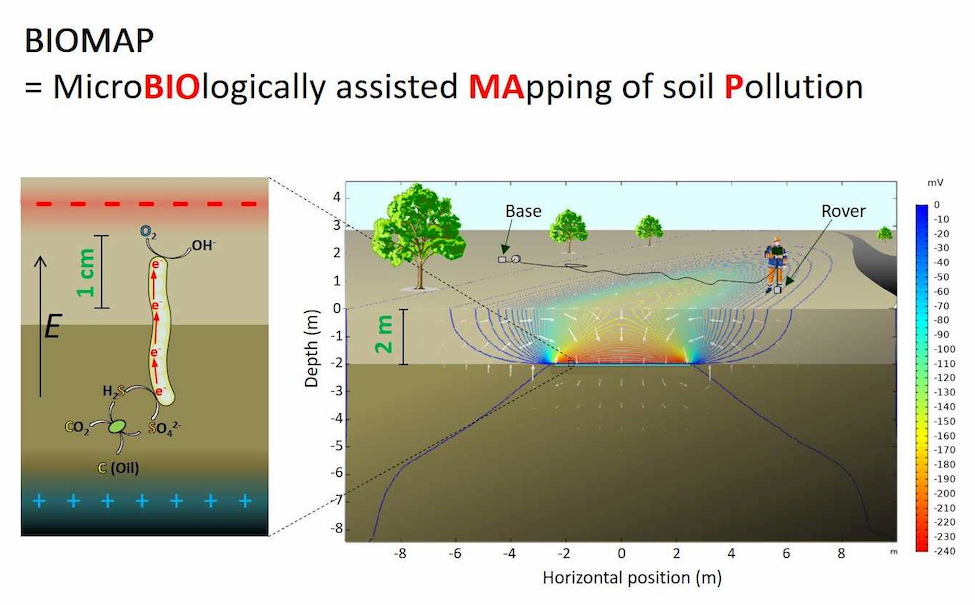 Now scientists and engineers are going to develop a new and inexpensive method to replace some of the traditional – and most often costly and time-consuming – drilling and chemical analyses used today to map soil contamination.

The new method is based on a discovery made by researchers at Aarhus University of bacteria in the seabed that make electric currents in connection with their metabolism. Preliminary measurements show that this phenomenon is also present at soil contaminations and that it gives signals that are powerful enough to be measured on the soil surface.

This makes it possible to carry out quick and gentle surface measurements and in this way map out the location of contamination on a site. In so doing, the Regions can save large amounts of money, and the method minimizes the destruction of green areas, pavements, and installations in the soil.

- We are going to develop a technique that makes mapping of soil contamination both cheaper and gentler. At the same time, we are counting on a business adventure as a result of this, project manager and researcher at Aarhus University, Lars Riis Damgaard says and adds:

- As a side effect, we gain more knowledge about microbes’ contamination degradation and thereby contribute to maintain Denmark's strong position in the environmental field.

Development and export of knowledge, computer models and equipment

It is not a new discovery that measurable electrical signals can be found on the soil surface above contaminations. However, when a research group at Aarhus University discovered the so-called 'cable bacteria', which are long chains of bacterial cells surrounded by a common electrical conductor, it was documented for the first time how such deviations could occur. This insight is combined in the new project with the other partners' expertise in chemistry, geophysics, computer modelling and measuring equipment.

In this project, the concept is tested on a number of contaminated sites, and the gained knowledge will be used to develop equipment that can carry out electrical measurements, as well as a computer model to calculate how deep the contamination lies beneath the surface.

- At a global level, huge industrial areas around the large cities are being included for housing each year and on many of these sites, soil contamination must first be mapped and managed to ensure a healthy environment in the newly built homes, Per Loll says, development manager with the project partner DMR A/S.

The developed equipment will therefore be commercialised and is expected to have a very high export potential.

The project is a collaboration between microbial researchers (Center for Electromicrobiology) and geophysics researchers from Aarhus University, who are responsible for the scientific development of measuring equipment and signal interpretation. In addition, the consulting engineering firm DMR A/S will ensure a market-oriented development, while the Central Denmark Region and the Capital Region of Denmark will add a customer perspective and knowledge of contaminated sites.