Adaptation and speciation in the European eel

The processes involved in adaptation of species and populations to different environmental conditions is one of the most important topics in biology. Among others, this topic is important for understanding the extent to which adaptation to climate change can take place. Epigenetics, defined as modification of the DNA without changing the genetic code, has recently received considerable interest. In particular, methylation of DNA (chemical modification of cytosine, one of the four chemical bases in DNA) can cause the expression of genes to be turned on and off, thereby fine-tuning the organism to different environments. However, disentangling epigenetic and genetic (i.e. variation in the genetic code) factors is in most cases difficult.

This project therefore focuses on an organism, where genetically based adaptation to local environments cannot take place, that is the European eel (Anguilla anguilla). Spawning by the species takes place in the Sargasso Sea, following which larvae are advected by ocean currents to coastal regions of Europe and North Africa, spanning an extreme range of environments from Subarctic to Subtropical climates. The species has been shown to be ‘panmictic’, which means that they all belong to a single, randomly mating population irrespective of the continental region where they grow up. Hence, an eel from Iceland may mate with another eel from Morocco, and their offspring end up in Ireland. It follows that they cannot adapt genetically through several generations to local environmental conditions, but must instead rely on other mechanisms, such as epigenetics.

The project tests the hypothesis that eels that end up in different geographical regions adapt to local environments by differences in methylation of their genomes. In order to test this, we sequence the genome of eels from localities ranging from Iceland to Morocco. We uncover both genetic variation and variation in methylation and are therefore able to analyze, if methylation of specific genes is associated with specific environmental variables (e.g. water temperature and primary production). We furthermore test, if disruption of methylation processes in hybrids between the closely related European and American eel (A. rostrata) plays a role in their reproductive isolation and speciation.

What do icebergs and eels have to do with each other? European and American eel spawn in overlapping regions of the Sargasso Sea, where hybridization also occurs. However, our analyses of genomes of the two species show that this has not always been the case. Hence, the species have been reproductively isolated from each other during long periods, corresponding to glaciations. We assume that this is due to events of massive release and melting of icebergs. This has significantly weakened the Gulf Stream and temporarily isolated the spawning areas of the two species. Since then contact has been reestablished and low but clearly detectable gene flow currently takes place between the species (Nikolic et al. 2020. Molecular Ecology 29, 565-577). We are interested in testing if this incomplete speciation process also means that disruption of methylation processes does not occur in hybrids between the species, contrary to what has been observed in hybrids between other species. 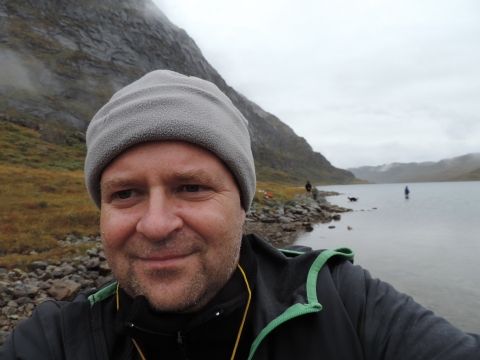 Other projects in Genetics and evolution