We test hypotheses about species distribution patterns and evolutionary processes across Amazonia by taking advantage of a novel combination of extensive field datasets and a new basin-wide Landsat TM/ETM mosaic. Our field data consist of 1700+ quantitative inventories already assembled; together they are among the largest floristic datasets for Amazonia, and by far the largest with standardized taxonomy.

Our new Landsat TM/ETM+ mosaic (Fig. 1) has solved technical problems (such as high cloud incidence and an artefactual east–west brightness gradient) that have hampered previous broad-scale analyses. These advances make it possible to test the hypothesis that:

Past and present river barriers have until now been thought to be important in delimiting species distributions for both animal and plants and in acting as the main driver of allopatric speciation in Amazonia (Smith et al. 2014). However, recent research by us and others has suggested that compositional turnover at the landscape scale is more strongly related to habitat variation, especially differences in soils. In addition, such variation has been identifiable using Landsat data. Now we will assess to what degree the Landsat mosaic allows reconstructing edaphic gradients and patterns of compositional differentiation at the basin-wide scale. We believe that our research could help solve a long-standing mystery: How has Amazonia accumulated such high species diversity, even though obvious dispersal barriers that could promote allopatric speciation are almost lacking? If we are able to show that geological habitat differences are the main drivers of diversity, future studies of Amazonian biogeography will have to give edaphic variation a more central role. Our analyses will provide a basis for identifying priority areas that may harbor unique but as yet undocumented biodiversity. This will help in protecting Amazonia’s biota, which is highly threatened by deforestation and climatic change. 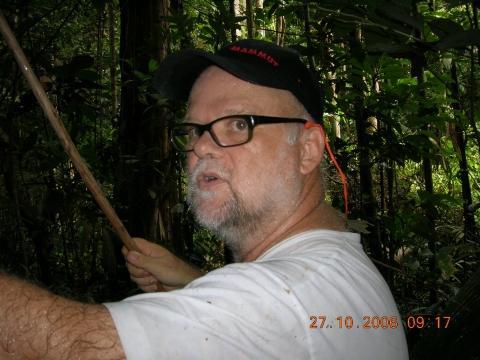 Other projects in Biodiversity